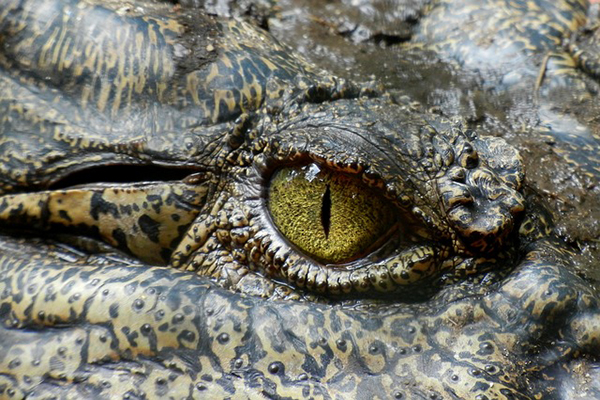 Sadly sometimes even as we progress in leaps and bounds, into this enlightened golden age, I am starkly reminded of the  severe lower 3D world and the squirming manipulative nesting reptilians that dwell in it – inhabiting, controlling and manipulating their hosts to become the outward reflection of the heinous creature within.

The reptilian and its host lack the basics of compassion (yes they can talk the talk but cannot walk the walk for any length of time) and are overrun by the necessity to go running around hurting all in their path if they are thwarted in any way what so ever.   Dictatorship, manipulation, usurper of Truth , Control and bullying rule, in their world.  All take notice of its unscrupulous antics which play out on the stage of life’s theatre.

The inability to reason logically and to display higher process of brain function with connectedness to ones heart and related behaviours such as collaboration, partnership, trust, abundance and Love, is plain for all to see.

Although the reptilian brain is quite consummate in its cunning and twisting of its worldly interactions to its viewpoint, eventually the truth is known for all to see.   The reptilian is doomed from the outset, as to try an control the world around you is an impossibility and remains the futile endeavour of the poorly initiated and parasitically occupied.

The reptilian brain can be seen driving the host, like the parasitic controller it wishes its host to become, into the death throes of greater lunatic situations and bigger and bigger lies.  Driving it relentlessly to its destruction and oblivion.

The reptilian inside, likes its host to lean on people, conjure, persuade and manipulate those around it, mostly by false pretence, outright lies and concocted falsehoods.

It is the bully, the enforcer, the controller, the boss,  the voice, the head, the delusional imposter of the parasitically occupied, lower dimensional controlled host.   To those manipulated, bullied, forced or cajoled, you can see them, whilst they bow, and pay lip service to the hosts delusional antics, oft are seen laughing and cheering behind its back, waiting with glee, mindful of its coming and certain downfall.

To those who can see, it is akin to a fish out of water, thrashing and floundering its way across the very fabric covering of time, helplessly clutching at the shores of higher dimension, demanding entry.  – an impossibility of magnitude for them the 3D construct of established cabal structures they have at some time inhabited even if their tenuous connection is covered and concealed behind half-truths and cover stories, and maybe and most probably outright lies, for the cabal reptilian has to show off its cleverness by bewildering those around it, with confusion and miss-direction.

Entry to heaven (higher dimension) is denied, time and time again – No, as the lesson is driven home with greater and greater impact – none may enter unless you learn to let go, let go of ego, let go of control, manipulation and falsity and lose that reptilian or at least place the lizard manipulating brain under your domain.

These poor, bodily lumps of meat, who play host, – just don’t get IT, in fact they cannot talk about IT at any great depth beyond that which floats as common knowledge or that which is legend, for them that the reptilian controls, find that which surrounds and intertwines everything is beyond first hand knowledge.   The reptilian lacks LOVE, lacks that 5D space creating, time stopping awareness and interconnectedness and most importantly they lack empathy and Love. – of course they can play act along and fool their world but now are seen.

Those who inhabit higher dimensional access know and use LOVE and this impacts, in all they do, as they stretch their wings and embrace everything and everyone around them, for them the hallmark of LOVE, but don’t be fooled by the most misunderstood word in the human vocabulary.

In 5D awareness, nothing may stand against that which Heaven has decreed to stand fast, in Truth, in honour, in integrity and Love – nothing and no thing.

The host of a reptilian finds the need to create elaborate delusions of grandeur to cover for their inadequacies in life.   Sad, bitter and twisted are their inner feelings – but that they could never show, so they show made up illusions of pain and suffering, oft portrayed in a story of accomplishment, so they might blend in, with those who may give them sanctuary – for those loving souls shall end up their prey.

Show no pity for the reptilian and its host for even as they are under insidious control, they are seen, as they would try and fail to insinuate themselves within the light.

They the husk of meat lump of flesh host has been preyed upon, dwelt in, used, abused and violated and its energy eaten.  That is exactly what the host proceeds to do to others around them, calling out its namesake of destruction.  Stopped by light in its tracks.

The reptilian has never known true love beyond the intellectual knowledge of the word.  Yes it proclaims great spiritual powers and intimate relationships with the divinities and always professes to have insider knowledge of the gods or be in the know in some manipulative way to place itself into areas of control where it attempts in vain to build its fortress of deceit and its nest of fellow attracted energy.

If it cannot bedazzle you with its knowledge then it will profess to be able to provide  luxury and safety with the many material gifts it can bestow, in fact it will offer anything to try in vain and fail again to claim a light and have it under its control not.

Why pity the host controlled by the reptilian within, its humanity is already dead as it is already so, if it should turn is deceitful eye at you – be the light so bright as Truth as it is revealed for all to see. The hallmark calling card of the reptilian cannot stand alone and needs to gather its nest of like minded or easily influenced minions together. Its sycophantic behaviour is another  tell tail of its host.

They are consummate drama queens who create elaborate delusions of grandeur to cover for their inadequacies whilst publishing for all to see, a cry out, the world has done them wrong. When they were but destined to be.

With golden strands of infinite expansion …

Hog tied delivered for the unveiling…

What Heaven has decreed

No Thing may stand against

So it is, It is so. Victory to Love

May the plan of light and Love work out.. Forever seal the door on darkness

This site uses Akismet to reduce spam. Learn how your comment data is processed.